Dust off your Spice Girls platform boots, dig out your long lost bandanna and acid-wash jeans and strap on your Baby-G, because we’re going back in time to the halcyon days of the 90s. A time when every kid had a furbie, Britney burst into our lives as a pom-pom pigtailed pop princess, and we were blessed with one of the most iconic films of all time – Clueless. Strap yourselves in, as we run down The Best 90s Karaoke Songs.

Who better to kick off our Best 90s Karaoke Songs list than THE biggest start to emerge from that decade, Ms Spears? Baby One More Time is one of those songs that ages like a fine wine. It just gets better and better with age.

From one blonde icon to another, next up is the Gwen Stefani fronted 90s group No Doubt, with ‘Don’t Speak’, a song Gwen’s relationship with fellow bandmate and bassist Tony Kanal. She may have said she didn’t want to bother explaining ‘cos it hurts,  but thankfully that didn’t stop her from singing about it.

90s power ballads don’t come much more iconic than this. Next up in our Best 90s Karaoke Songs is Seal’s killer ballad ‘Kiss From A Rose’. This one’s the perfect choice for all the karaoke crooners out there. Sung best with an open shirt billowing in a wind machine. Just don’t ask us how a kiss from a rose actually works…

OK so if you’re from the UK, chances are you know all the words to this track already. Such was this song’s ubiquity in the 90s, that they might as well have anointed it as the British national anthem. One of the best 90s karaoke songs? We think so.

Bow down to Queen Céline. ‘My Heart Will Go On’ is not only one of our best 90s karaoke songs, but it’s possible THE most iconic movie soundtrack of all time. Here’s a fact for you though. Céline wasn’t even a fan of the song when she first heard it! Thankfully she had a change of heart. Some might say that it even *went on* to become one of her most well known songs.

Coming in at number 6 on our Best 90s Karaoke Songs list is possibly the most annoying entry – ‘Barbie Girl’ by Danish dance-pop group Aqua. The multi-platinum single that came out in 1997 and has remained an ear worm ever since.

Ah, Alanis. A posterchild for 90s alt-rock, her debut album ‘Jagged Little Pill’ captured the American zeitgeist. The third track off that, Ironic, is one of the most fun karaoke songs to sing. Just don’t get into a linguistic debate with your fellow singers about what of the lyrics is actually ironic (clue: not much).

No Best 90s Karaoke Songs list would be complete without an entry from 90s royalty, the Backstreet Boys. Want to recreate the video? It’s easy, just make sure you’re wearing all white and take it in turns to belt out the iconic line, ‘tell me whyyyyy?’

Get your lighters out, we’re slowing it right down for this next number. LeAnn Rimes’ 90s classic ‘How Do I Live’ is perfect for the lovers out there that want to serenade their sweetheart with a romantic love song.

Well of course the Spice Girls made it onto our Best 90s Karaoke Songs list! They practically defined the era with their bigger than life personalities and empowering ‘Girl Power’ mantra. Wannabe is their debut track where it all started. Slam your body down and wind it all around!

11. Mariah Carey – Without You

Think you have what it takes to take on Mariah Carey in the karaoke booth? The diva who can famously sing through five octaves gave us the gift of the smooth R&B ballad Without You in the 90s. Best get that vocal warm up in.

12. Christina Aguilera – Genie In A Bottle

Boy, the 90s sure was the decade of the power singer. Following in the footsteps of Mariah is her pop successor and she-of-equal-belting-power, Christina Aguilera. Genie In A Bottle was the breakout song that launched Christina into the stratosphere.

Number 13 in our Best 90s Karaoke Songs list is Boyz II Men, the American R&B group who stole countless hearts in the 90s with their smoother than smooth harmonies, clean looks and downtempo jams. End Of The Road was released in 1992 and spent a then-record breaking 13 weeks at number one on the US Billboard Hot 100. Guess it’s not such an unlucky number after all.

Meanwhile over the pond in the UK, an altogether different crooner Robbie Williams emerged from his Take That cocoon as a majestic butterfly with Angels, a timeless classic with piano chords and sweeping strings. Altogether now… ‘and through it aaaaaaaall.’

Who can forget doe-eyed Aussie pop star and former Neighbours actor Natalie Imbruglia’s debut track ‘Torn’. This song is about a woman who thought she found the perfect man, only to find out he was all wrong after all.

Ay papi! Hip swinging his way onto our Best 90s Karaoke Songs is Ricky Martin with his iconic global mainstream hit ‘Livin’ La Vida Loca’.  Carving a path for the likes of Shakira and Enrique Iglesias to cross over into the Billboard Charts, Ricky became something of a ‘Latin Elvis’, bringing a Rat Pack flair complete with horns to this anthem.

From Puerto Rico’s finest to Limerick’s. Don’t say we’re not taking you on a global tour for our Best 90s Karaoke Songs list. Next up is alt-rock, grunge group The Cranberries with their passionate anti-terrorism lament, ‘Zombie’.

Xtina makes it into our Best 90s Karaoke Songs list for a second time with ‘Reflection’, a song which featured on the soundtrack of the 1998 animated Disney film, Mulan. Little known fact, but this was actually her debut single, not ‘Genie In A Bottle’, as it’s commonly thought.

The rather unimaginably titled ‘Theme Song’ is… you guessed it, the theme song to Pokémon, the insanely popular anime Japanese cartoon which became a huge hit with kids globally. Best 90s Karaoke Songs? Gotta catch ‘em all!

While we’re on the topic of theme songs, number 20 comes from The Rembrandts with ‘I’ll Be There For You’ the famous track from Friends. With lyrics like ‘When it hasn’t been your day, your week, your month, or even your year’, this song could be straight out of 2020 (thanks, pandemic).

Next up is ‘All Star’ by American rockers Smash Mouth. Initially released in 1997, the track regained popularity after being featured in the iconic Shrek.

Continuing with hit film soundtracks is number 22 in our Best 90s Karaoke Songs list, ‘It Must Have Been Love’ by Roxette which featured in the Julia Roberts and Richard Gere classic, Pretty Woman.

This one’s for all the lovers out there. Sliding in just before the end of the 90s is ‘Amazed’ by American country group Lonestar. This power ballad is inspired by bandmembers’ Aimee Mayo and Chris Lindsey, who had begun dating at the time of writing the song.

Princes of Punk Green Day are one of the archetypal pop-punk bands of the 90s alongside the likes of Blink-182, so it’s only right that they feature on our Best 90s Karaoke Songs list with ‘Basket Case’, taken off their excellent album ‘Dookie’.

Before Queen Bey was the solo powerhouse that she’s known as today, she was part of a quartet (yes, there were four of them originally!) Bills, Bills, Bills is classic Destiny’s Child at it’s best. Smooth R&B harmonies, sassy lyrics, awesome music video.

We’ve all had those moments. We’re singing karaoke in our friend’s living room. We should have left 4 hours ago. We can hear the words ‘what the hell am I doin’ here? I don’t belong here’. Oh right, it’s not the existential inner workings of our mind. Our mate has just whacked on rock anthem ‘Creep’ and everyone is singing along.

Save Tonight is about not wanting the night to end. Which is ironic then, as Swedish artist once said of the song’s success: ‘The more success the song has brought, the more my life has become the song – constantly leaving my girlfriend behind’.

Tracks don’t get much more romantic than number 28 in our Best 90s Karaoke Songs list, ‘Truly Madly Deeply’ by Australian duo Savage Garden. Originally released in 1997, in 2011, it was crowned #1 in Billboard magazine’s Top 100 Adult Contemporary songs of all time. No, we’re not sure what an Adult Contemporary song is either.

Okay, here’s a brief history lesson for you. Written in 1992 when George W Bush was president, ‘What’s Up’ by female rock band 4 Non Blondes was influenced by the American political climate at the time.

30. Whitney Houston – I Have Nothing

We couldn’t NOT include the late, great Whitney Houston in our Best 90s Karaoke Songs list. And what better track, than ‘I Have Nothing’ which was released as the third single from The Bodyguard, another staple of 90s culture.

Ah Steve Tyler, 90s heartthrob of wide-mouthed, rag covered microphone stand fame. The quintessential rocker makes it onto our list with ‘I Don’t Want To Miss A Thing’ by his band Aerosmith.

You know when you hear the intro to Bon Jovi’s Angel, it’s time to bring out the air guitar. And if you’ve got a shaggy blonde wig in your karaoke dressing up box, you’d better get that out too.

33. Toploader – Dancing In the Moonlight

Next in our ‘I Can’t Believe It’s A Cover!’ series is Toploader’s smash hit ‘Dancing In The Moonlight’ which was, in fact, a 1970 hit for King Harvest. The ultimate feel good tune, stick this on if you want to get any karaoke party started.

For the uninitiated, no band was bigger in the 90s than American alt-rockers the Goo Goo Dolls. And their tracks don’t get much bigger than their 1998 classic ‘Iris’.

We’re entering the final five tracks of our Best 90s Karaoke Songs list. Don’t be sad we’re saving some of the best till last. Coming in at number 35 is tearjerker ‘Tears In Heaven’ by rock legend Eric Clapton, which is a memorial track for his four year old.

Coming in hot is soft rock extravaganza ‘More Than Words’ by Extreme. Extreme romantics, more like!

Dear, I fear, we’re facing a problem. Yes that’s right, our Best 90s Karaoke Songs list is coming to an end. But fear not! We have three more tracks in store for you. Coming in hot at number 37 is The Cardigans ‘Lovefool’, the song that propelled the Swedish band to international stardom.

SWV – or Sisters With Voices – are an American R&B trio from NYC and number 38 in our list, with ‘Weak’. A song about not being able to physically process romance during high school, who can’t relate?

Our penultimate best 90s karaoke song goes to Canadian singer-songwriter Sarah McLachlan for her track ‘Angel’, a song about the death of Jonathan Melvoin, a session keyboard player for the Smashing Pumpkins.

We’re going out in style with Toni Braxton’s love stomp, ‘Un-break my heart’. File under: heartbreak anthems to belt out with your friends. It's official. Y2K is back. See which tracks made our Top 40 Best 00s Karaoke Songs list after the jump. 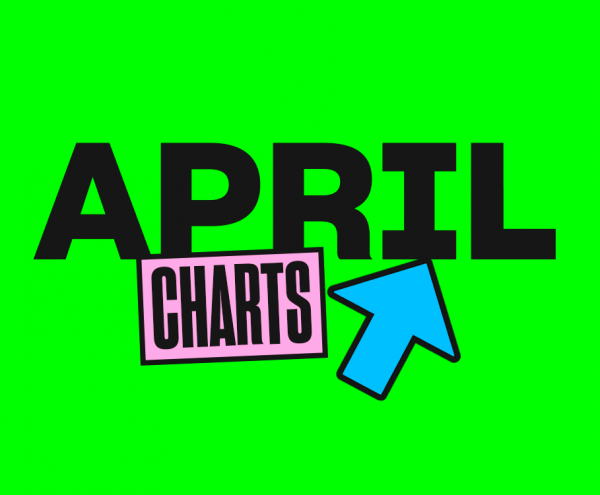 We're releasing Version 2.0 of our app, and it's our biggest glow up yet!